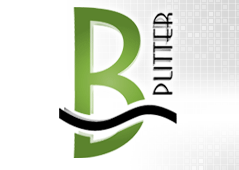 Bandwidth Splitter is a program extension for Forefront TMG and ISA Server that supplements it with new features to allow more rational sharing of the existing Internet connection bandwidth and distributing it among all users and servers according to preset rules.

The principal features of Bandwidth Splitter are:

·         Limiting of the Internet connection bandwidth used by individual users and hosts, as well as groups of users and hosts (traffic shaping, throttling)

·         Setting up quotas for the maximum allowable Internet traffic use (in megabytes) for a set period of time (a day, a week or a month) for individual users and hosts, as well as groups of users and hosts

·         Real-time monitoring of all users and their connections through Forefront TMG/ISA Server by the administrator, including the bandwidths used by individual users and connections

·         Generating bandwidth usage reports detailed by user, client IP, shaping or quota rule, and with the graphs showing the dynamics of bandwidth usage

With Bandwidth Splitter you will get the following benefits:

·         Rational distribution of the Internet channel bandwidth (you establish the rules)

Forefront TMG/ISA Server arrays with multiple servers are supported (Bandwidth Splitter synchronizes its activity between all array members, so that limits are applied to entire array as a whole and not per server)

Managing the traffic of published servers

Transparency for users: you do not need to install any software on client computers

Real time monitoring of all users and hosts that access Internet through Forefront TMG/ISA Server with detailed information on all their connections, including bandwidth usage graphs for individual users and connections

Even distribution of bandwidth for the active connections of each user

It is possible to set speed limits and quotas separately for incoming and/or outgoing, or total (incoming + outgoing) traffic

Limiting the number of simultaneous connections from individual users and hosts

For some types of web pages, you can set the download speed higher than the standard speed not to let the restrictions slow down the normal work of users (HTTP Boost)

Setting traffic quotas for users, hosts, groups of users and groups of hosts per day, week, month or without any time limitations along with a possibility to automatically reallocate the unused traffic to the next period

It is possible not to take the traffic to specified destinations or at specified time into account in traffic usage counters (this is useful if there is a high-speed connection with some networks and there is no need to limit that traffic, or if you need uninterruptable access to some servers to which quota should not apply)

It is possible to not just block users’ access to Internet when their traffic quota has been exceeded, but instead to use a different shaping rule (probably with a stricter speed limit), without blocking access to Internet

Bandwidth Splitter is permanently tested and observed in environment with thousands of users. This helps us to ensure product stability and performance.

Bandwidth Splitter has power to control:

Bandwidth Splitter do not control:

Connections between the Local Host network and any internal network (any except External). It is done intentionally because these connections are especially critical, and generally they do not need any bandwidth control.

In version for ISA 2000 only: Routed IP packets (set up in IP Packet Filters) including all data going from/to the DMZ area

Because of that integration with Forefront TMG/ISA Server, Bandwidth Splitter can shape traffic based on user accounts (not only by IP addresses) regardless which workstations are used by clients.